Paul Machlis recorded his own Celtic-inspired compositions on three of his own albums, including THE BRIGHT FIELD (Culburnie 1995), which features a "Celtic chamber music" ensemble of Machlis on piano, with Alasdair Fraser on fiddle, William Coulter on guitar, and Barry Phillips on cello.

Composer/keyboardist Paul Machlis played Scottish country dance music for years in his Berkeley, California, hometown before embarking on his long-running collaboration with renowned Scots fiddler Alasdair Fraser. Since 1983, the acclaimed duo has woven a spell for audiences across North America and Europe, creating a fine and intricate blend of Scottish traditional fiddle music and contemporary arrangements and improvisations. Their landmark album SKYEDANCE (Culburnie, 1986), featuring ancient Gaelic melodies underscored by rich harmonies, and a subsequent acclaimed album, THE ROAD NORTH (Narada, 1988), established Fraser and Machlis at the cutting edge of Celtic music. These two releases have contributed tracks to best-selling Celtic compilation albums with nearly two million in combined sales. Their latest release, LEGACY OF THE SCOTTISH FIDDLE: Volume One, features melodic masterpieces from 250 years of Scottish tradition. 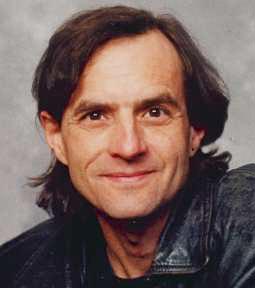 In 1996 Paul joined the Alasdair Fraser Band, inspiring the band's name change to Skyedance. With Skyedance, Paul has toured extensively, capped by headline performances at major Celtic festivals in Europe and North America. He contributed compositions and arrangements to the band's two releases: WAY OUT TO HOPE STREET (Culburnie 1997), and LABYRINTH (Culburnie 2000).

In addition to exploring Scottish music, Paul has performed and recorded Bulgarian music and contra-dance music with a variety of groups, and has published a book of fifty of his original tunes.

"Machlis is a piano player with a delicate and tender touch and a composer of tender and stirring music drawn from the Scottish idiom ... Evocative, fluid, warm ... a joy to listen to" - Galway Edge

"A lyrically eloquent pianist" - The Scotsman

About THE BRIGHT FIELD:

"This could be my album of the year ... in a word -- marvelous" - Living Tradition

"A beautifully expressive and emotional album ... a powerful work with Machlis' playing more forceful and dominant than ever. Spell-binding compositions combined with the artists' virtuosity make this an indispensable addition to your collection" - Dirty Linen

"A wonderfully lyrical pianist with a lovely touch...music to captivate and hold the interest... A great album" - Folk Roots

"A near flawless album...the overall effect of this moving and diverse music is quite simply beautiful" (Pulse, Australia)